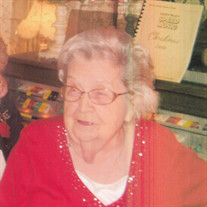 Alvina “Dee” De Vault, 98, of Lafayette passed away Friday, June 28, 2019 at her residence. She was born March 23, 1921 to Charles and Nora Stigers, one of 9 children, all whom have passed. On December 24, 1937 she married Leo Harry De Vault in Monticello. He preceded her in death on December 27, 2000. Dee had four children, Charles “Butch” passed in 1945, surviving children: Mary Katherine (Marc) Shirley of Zionsville, Marla Lee (Roger) Osborne of Boston, MA, and Alan (Sheila) De Vault of Monticello. She is also survived by nine grandchildren, nine great grandchildren, and one great-great grandchild. An icon in Lafayette, Dee work in a factory during World War II, then attended beauty college where she worked in a salon, then owned it. She owned and operated De Vault’s Beauty Salon at Jefferson Square with small salons in Home Hospital and St. Elizabeth Hospital. While in the business Dee was Lafayette affiliate president, and went on to serve as state president of the Indiana Hairdressers Association. Once retired, she volunteered and won awards for working with Mended Hearts and the “Look Good Feel Better” cancer program. Dee was always active and had many accomplishments. A loving family and many, many friends was Dee’s most cherished life feat. Visitation will be held from 12pm – 2pm Tuesday, July 2, 2019 at Hippensteel Funeral Home. Funeral service to follow at 2pm. Burial will take place at Rockfield Cemetery in Rockfield, IN. In lieu of flowers, contributions may be directed the American Cancer Society. Share memories and condolences online at www.hippensteelfuneralservice.com

The family of Alvina "Dee" De Vault created this Life Tributes page to make it easy to share your memories.