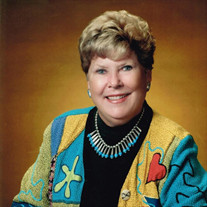 C. Ann Boyle Carty, 82, of West Lafayette, Indiana, died on February 22, 2021 at her residence. She was born on October 10, 1938, in Sullivan, Indiana, at Mary Sherman Hospital to Paul P. and Olive Hancock Boyle, who preceded her in death. Ann graduated from Sullivan High School in 1956, where she gained lifelong friends and was voted Best Looking. In 1960, Ann received a bachelor’s degree in Elementary Education from Indiana University (IU). While at IU, she was voted Sweetheart of Tau Kappa Epsilon (TKE) and then named the TKE State Day Queen. Ann pledged Delta Delta Delta (Tri Delta) in 1957, where she gained more lifelong friends. For 61 years, Ann served Tri Delta sorority in many capacities. She was the House Manager in college, and hosted alumnae meetings in her home for many years while living in West Lafayette – where Ann held every office in the local alumnae chapter. She was a member of the organizing team and helped colonize the new collegiate chapter at Purdue in 1988. Ann served as the first Alumnae Advisor of Gamma Iota and later as President of the House Corporation Board. She also attended the continental convention in Boston – where the Purdue chapter was honored. Ann married Dr. James (Jim) W. Carty on June 11, 1960, after which they moved to San Angelo, Texas, where Jim had been commissioned a Lieutenant in the Air Force and stationed at Goodfellow Air Force Base. They spent three wonderful years there (the chocolate cake and champagne party was legendary) and gained even more lifelong friends. While in San Angelo, Ann taught 1st and 2nd grades at Stephen F. Austin grade school; she loved being a teacher and talked about her students often through the years. Ann and Jim moved to Lafayette, Indiana, in 1963, where she served as President of the YWCA Newcomer’s Club. Through the years, Ann was also a President of Chapter D of PEO, a President of both the Delta Eta chapter and Beta associate chapter of Tri Kappa, President of Current Topics Club, Publicity Chairman of the Home Hospital Fair, President of the Tippecanoe County Unit of the Indianapolis Symphony, active in the Indiana Optometric Association Auxiliary, a lifetime member of the IU Alumni Club, a board member of the Tippecanoe Mental Health Association, Chairman of the Chicken Noodle Dinner, and Chairman of the very successful annual fundraiser “The Bonnet Breakfast”. While a member of the YWCA, Ann was active in the Cosmopolitan (Cosmo) Club, including the Cosmo Bridge Club and the Cosmo Bowling team. In all these organizations, she gained yet more lifelong friends. Ann loved attending the sporting and school events of her children and grandchildren when they were younger but loved watching them grow into adults even more. In addition to her friends and family, Ann’s passions included bridge (when she had good cards), traveling, storytelling, and memorializing her life - and those she loved - in pictures. Every friend, every fabulous vacation, and every holiday and special occasion has been captured and catalogued in albums to be enjoyed for years to come. Ann is survived by her sister Marti (John), daughter Beth (Bud), son Mike (Tammy), seven grandchildren, and many nieces and nephews. She was preceded in death by her husband Jim, her grandson Alex, and her sisters Bevera and Colleen. A Celebration of Ann’s Life will be held in both Lafayette and Sullivan on a future spring day as beautiful as Ann. Hippensteel Funeral Home is assisting with arrangements. Donations can be made to YWCA Greater Lafayette. http://videos.lifetributes.com/1137567

C. Ann Boyle Carty, 82, of West Lafayette, Indiana, died on February 22, 2021 at her residence. She was born on October 10, 1938, in Sullivan, Indiana, at Mary Sherman Hospital to Paul P. and Olive Hancock Boyle, who preceded her in death. Ann... View Obituary & Service Information

The family of Ann Carty created this Life Tributes page to make it easy to share your memories.