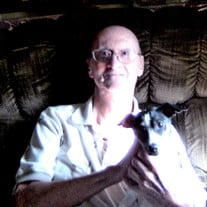 Arlyn W. Leap – Arlyn W. Leap, age 88, a resident of Lafayette, IN passed away Saturday, January 18, 2020 in his residence. Arlyn was born on October 13, 1931 in Vigo Co, IN to the late Harry and Jessie (Edwards) Leap. He served honorably in the United States Army and Airforce serving during the European Theater. On February 09, 1966 he married the late June M. Albright in Lafayette. Arlyn was a machinist and forklift driver for Fairfield Manufacturing for nearly 30 years before retiring in 1993. He was a member of Brown Street United Methodist Church where he formally served as the Chairman of the Trustees and sang in the church choir. He was a dedicated volunteer at Rosewalk Village and enjoyed fishing. Surviving are his step-children: William (Susan) Vahle of Indian Rock Beach, FL, and Linda Manning of Dayton, IN, step-son- in-law Donald Coffey of Stockwell, IN. He is also survived by six step-grandchildren: Brett, Brad, Melanie, Tom, Christopher, and Leslie, fifteen step-great-grandchildren and five step-great-great grandchildren. Along with his wife, June, he is preceded in death by his parents, two stepchildren; John (Diana) Vahle, Carol Coffey, son-in-law Dennis Manning, one brother Harry Leap, and his granddaughter Wendy. Visitation will be held from 10:00am-11:00am on Friday, January ,24 2020 at Hippensteel Funeral Home. Funeral service will be at 11:00am on Friday, January 24,2020 at the funeral home. Burial will follow at Tippecanoe Memory Gardens. Donations in his memory may be made to the Brown St. Methodist Church or of any charity of your choice. Share memories and condolences online at www.hippensteelfuneralservice.com

The family of Arlyn W Leap created this Life Tributes page to make it easy to share your memories.