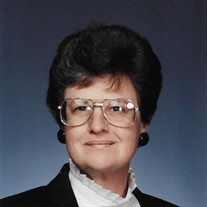 Chelta Rose Chenoweth (née Belt) passed away on Saturday, March 30 due to complications from a massive stroke earlier in the month. “Shelly” was born in her parents’ home near Belt Hill in Cave-in-Rock, IL on May 2, 1940. Her parents were Thelma Irene (Blakely) Belt and Charles Ewing Belt. Shelly spent most of her young life in Indianapolis where she graduated from North Central High School in 1958. She attended Indiana State University where she received a B.A. in English in 1964 and started her first teaching job at Pike High School the fall after graduating. Shelly met her husband John in February, 1965. After a whirlwind courtship, Shelly and John got married that June and lived in Speedway, IN as newlyweds. Shelly always took pride in her Hoosier heritage, but she pulled up stakes after John was accepted to medical school in Kansas City. They lived in a tiny apartment in the Little Italy section of Kansas City, MO, and she supported the two of them on her meager teacher’s salary through four (very lean) years of medical school. She taught English at Washington High School in Kansas City, KS during those years, where she chaired the English Department. After John graduated and finished his medical internship they moved to Olathe, Kansas and lived there for nearly 40 years before retiring to Surprise, Arizona. A devoted, loving and fiercely loyal wife and mother, Shelly stayed home for more than a decade to raise her daughter and son. During that time, she also helped manage John’s family practice medical office and earned her master’s degree in English from the University of Missouri, Kansas City. She returned to teaching in the mid-1980s and spent more than 25 years as an English teacher primarily at Olathe South High School. She will be remembered by her 2500+ former students as a tough but fair‎ teacher who held them to high standards, brought the best out of them, and stayed at school hours after the bell sounded whenever they needed help or wanted to improve their grade with one more rewrite. She was never more gratified than when receiving a letter or visit from a former student expressing their appreciation for her teaching them how to write. Her incredible work ethic extended to her gardening pastime as well. She could often be found outside with her hands in the dirt, and she was seldom happier than when she’d been working for so long that the birds would start ignoring her and peck the ground nearby. She filled every nook and cranny around her yard with natural beauty. Less than a month before she passed away, she planted a brand-new cactus garden near her home in Surprise filled with a wide variety of flowering cacti and succulents. Anyone who knew Shelly well or long would attest to her deep and abiding Christian faith. She was an avid reader of the Bible, kept one on her classroom desk, made a point of memorizing verses (especially in retirement), and participated in (and occasionally led) Bible studies—until her strokes made that impossible. In addition to gardening in retirement, Shelly wrote poetry and finished writing an unpublished gothic novel. She also took up quilting and made several intricate, remarkable designs of heirloom quality. Shelly is survived by her husband of nearly 54 years, Dr. John Richard Chenoweth of Surprise, AZ; her daughter Elizabeth Ember Conatser, of Lexington, SC (Beth’s husband Blake, and their children Blake Ember and Cole); and her son Markham Sterling Chenoweth, of Arlington, VA (Mark’s wife Laura, and their children Lydia and William). She also leaves behind an older brother, K.C. Belt of Montgomery, AL, and an older sister, Carla Morris of Tampa, FL. She was cremated, and her ashes will be interred on May 11 at Montmorenci Cemetery in Indiana, near John’s childhood home. Please share memories and condolences online at www.hippensteelfuneralservice.com

The family of Chelta Rose Chenoweth created this Life Tributes page to make it easy to share your memories.