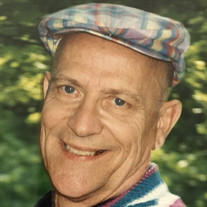 Dr. David Martin Eads March 30, 1934-March 21, 2019 David Eads, 84, of West Lafayette, Indiana went home to be with the Lord on Thursday, March 21, 2019. David Eads was born on March 30, 1934 in Kokomo, Indiana to Frank and Geneva Eads. During high school, he moved to Plainfield, Indiana where he met and later married Shirley Spear. He graduated from Indiana University in Bloomington, Indiana in 1956 with an undergraduate degree in biology. David and Shirley were married on June 24, 1956. After David earned his Doctor of Optometry degree from Indiana University Optometry School in 1958, they moved to West Lafayette, Indiana where David practiced optometry practice for 45 years. David was a devoted and loyal husband and father. He was preceded in death by his high school sweetheart and wife of 62 years, Shirley Spear Eads and his brother William Robert (Billy) Eads. He is survived by his children Sharon Eads Neilson of Melbourne Beach, Florida, Paul David Eads of Clearwater, Florida, Nancy Eads Sawayda of Clearwater, Florida, and Luanne Eads Cluff of Zionsville, Indiana. He has eight grandchildren: Kristen Neilson Cespedes and Emily Neilson, Casey and Kara Eads, Stephen and Daniel Sawayda, Cameron and Cole Scudder who affectionately love him as Poppa. In addition to being passionate about his family, who were top priority in David’s life, he was passionate about his faith in the Lord Jesus Christ. He served in various Christian organizations including being an active and contributing member of Covenant Church. He enjoyed volunteering with children through MOPS, and he was involved in men’s Bible studies. After serving others through his optometry practice, David became a leader and mentor in Kairos prison ministry. Of all the various areas of church and community service, Kairos was the ministry that David was most proud of. He genuinely loved the men he mentored, and they loved him back. David had a variety of interests including: gardening, water skiing, and his beloved golden retrievers, Goldie and Cassie, who were often seen at his optometry office. A celebration of life will be held at Covenant Church in West Lafayette, Indiana on Saturday, April 13, 2019 at 1:00p.m. There will be a reception immediately following the service. In lieu of flowers, donations may be made to Kairos Indiana Prison Ministry c/o Larry Dresch 4301 Fiddlesticks Dr., Lafayette, IN 47909. Share memories and condolences online at www.hippensteelfuneralservice.com

The family of Dr. David Martin Eads created this Life Tributes page to make it easy to share your memories.