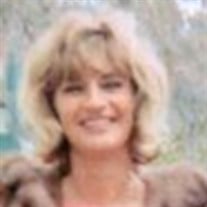 Evie Olsen passed away on May 24, 2020, peacefully, at 10:15am, with her son, Kip Williams, at her side. Evie (pronounced eh-vee), lead a very colorful life. She was born in Rockford, IL on November 30, 1929 to Norman and Katherine Moon. In her first 18 years, they moved to Florida and then Columbus, Ohio. Evie attended high school in Columbus and briefly went to Barry College for Women (Florida) before going to Ohio State University, where she met Richard Williams. Neither finished college, and they got married. They had Kip in 1953. Evie was an early breast cancer survivor, undergoing a mastectomy in 1958. She and Richard divorced in 1961 and she and Kip relocated to San Diego, CA. There, she worked as a bookkeeper, and met Jack Olsen, a tuna fisherman, and married in 1963. She then had a brief stint as a private investigator (we called her “Honey West,” a popular TV show about a PI, because of the resemblance). In 1967, Evie, Jack, and Kip relocated to Seattle, WA, where Jack became a tug boat skipper. Over the years, Evie was a court commissioner (when asked what she did she would always say, “I commissioned the court”), an interior decorator, and a real estate salesperson. She was always working. After they retired, Jack and Evie moved to Sun City West, AZ, where they enjoyed the sun until 2012, when they moved to University Place in West Lafayette to be near their son Kip (a professor at Purdue), his wife Cindy and their two boys, Cooper and Dylan. Jack passed away in 2014. Evie had a wicked sense of humor. She had the best laugh, and often couldn’t stop once she started, which then caused everyone else to laugh uncontrollably. She had exceptionally long and narrow feet (a cause for much laughter when trying to buy shoes), and in her younger days, enjoyed water and snow skiing, sailing, biking, and tennis. She absolutely loved tacos. Evie is survived by her son, Kip, her daughter-in-law Cindy, her grandchildren Kory, Kitty, Cooper, and Dylan, and her great granddaughter Skyler. We are grateful to the staff at University Place for caring for her as she transitioned from independent living to the memory unit. She was looking forward to joining Jack, and the next day was their anniversary, so we are happy that her wish has been granted. No services scheduled at this time. Share memories and condolences online at www.hippensteelfuneralservice.com

Evie Olsen passed away on May 24, 2020, peacefully, at 10:15am, with her son, Kip Williams, at her side. Evie (pronounced eh-vee), lead a very colorful life. She was born in Rockford, IL on November 30, 1929 to Norman and Katherine Moon. In... View Obituary & Service Information

The family of Evelyn Olsen created this Life Tributes page to make it easy to share your memories.