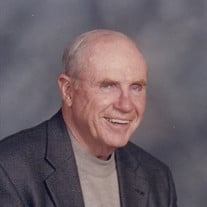 Frank T. Flannelly, Jr. 89, of West Lafayette passed away Monday, December 9, 2019. He was born February 11, 1930 in Dunmore, PA to the late Frank T. and Alice I. (Norton) Flannelly, Sr. Frank graduated from Dunmore High School before continuing his education at Penn State University and later Catholic University of America Law School in Washington D.C. He worked for State Farm as an Auto Operations Manager for 37 years. Frank served in the United States Army during the Korean War. He was a very active member of Blessed Sacrament Catholic Church, Pennsylvania Bar Association, Knights of Columbus, Elks Club, and Lions Club. On August 18, 1956 he married Rita C. Boyd in Scranton, PA; she survives. Also surviving are his children: Mary Pat (Dr. Maurice) Rozwat, Theresa (Fred) Smith, Eileen (David) Bormann, John (Kim) Flannelly, Michael (Suzanne) Flannelly, Ellen (Michael) Melloh, and Patrick (Kristin) Flannelly; daughter-in-law Lynn Flannelly. Frank is preceded in death by his son Francis Thomas Flannelly III, parents, sisters Mary McGurrin and Theresa Ann Flannelly, and brother John Charles Flannelly. Visitation will be held 5pm – 8pm Thursday, December 12, 2019 at Church of the Blessed Sacrament. Funeral service will be 10am Friday, December 13, 2019 at the church with Father Ted Dudzinski officiating and buried with military honors. In lieu of flowers, contributions may be directed to Church of the Blessed Sacrament. Share memories and condolences online at www.hippensteelfuneralservice.com In his 89 years, Frank went by many names, Francis, Dad, Lieutenant, and Pop-Pop, but no name can capture how much he meant to those closest to him. From a young age, Frank was a role model as he helped care for his older siblings and enlisted in the Korean War. Being responsible and having a caring nature would define Frank for the rest of his life as he became a devoted father to 8 children and Pop-Pop to 26 grandchildren and 7 great-grandchildren. Frank’s dedicated nature not only inspired his family, but those he worked along-side throughout his career. Frank received the Bronze Star Medal for his “dauntless determination” and “great personal effort” in the Korean War. His commitment to the service was truly telling of the man Frank was. His intelligence and perseverance culminated in earning his law degree. As a second generation graduate of Penn State University, the Nittany Lions became a lifelong love of Frank’s and he never missed a chance to cheer them on. Frank was known for his sound advice and calming nature as he managed teams for over 37 years at State Farm. Frank was a man of character and was respected by all who knew him. He had a genuine compassion for people and a listening ear that is a rare find. His love of people and contagious laughter still resonate with all those he leaves behind. Although Frank was a man of many accomplishments, nothing brought him greater pride than his family. Frank celebrated 63 wedding anniversaries with his wife Rita and watched his children grow up and start their own families. Frank had an unfailing commitment to family and his Catholic faith. Frank, Dad, Pop-Pop will be remembered for his wisdom, courage, humility, and tenacious spirit that will live on in all his loved ones. A friend to all and loved by many, Frank will never be forgotten. As a final Irish toast from Frank, “To all the days here and after, may they be filled with fond memories, love, and laughter.” http://videos.lifetributes.com/1040801

The family of Frank T. Flannelly Jr. created this Life Tributes page to make it easy to share your memories.