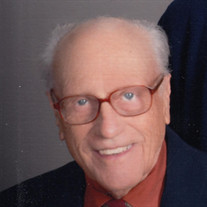 GFH was born January 2, 1926 in South Bend, IN. The first-born child of Gleason H. Hulbert and Gladys M. (Coy) Hulbert he graduated from John Adams High School in December 1943 and a few weeks later entered Military service having enlisted while he was still seventeen years old. After the war he entered the University of Notre Dame where he played Clarinet in the marching band and held office in the University Villagers Club. Later he moved on to Kalamazoo College in Michigan where he became sports Editor of the College newspaper. He earned his Bachelor of Arts degree in 1950. After this he went to Garrett-Evangelical Theological Seminary where he earned a Masters of Divinity in 1954. He later attended Christian Theological Seminary where he majored in Pastoral Psychology and Counseling receiving a Master of Sacred Theology (Cum Laude) degree. Following his ordination as a Methodist minister he served in Lafayette at Trinity Methodist, and Brown Street and Congress Street United Methodist Churches. Pastoring congregations around Indiana a total of 40 years he also served at Merrillville, Zionsville and Huntington Trinity church. His final full-time assignment was as Senior Pastor at First United Methodist Church at Griffith. Over the course of his ministry he was a strong supporter of and often outspoken about the need for racial justice and especially so during the Civil Rights movement of the 1960s. He also had concerns about our environment and expressed this through his membership and activity in the Sierra Club. During his ministry he served on the Wesley Manor Board of Directors for nine years, was Secretary of the South Indiana Conference Board of Ministry and several other Boards and Agencies of the Indiana United Methodist Area, including the Indiana Area Board of Pastoral Care and Counseling. He was a long-time member of the American Association of Pastoral Counselors and invested this credential in church counseling centers in Gary and Indianapolis. After his retirement he worked as a Field Representative for the North Indiana Conference Foundation as well as serving on its Board of Directors. A leader of religious tour groups over the years he traveled on several trips to Europe and the Hold Land including Oberammergau Passion Play in Germany twice. A licensed airplane pilot he flew a variety of single engine aircrafts around the state during his ministry. He was a member of the Tippecanoe Masonic Lodge #492 and the Ft. Wayne Valley of the Scottish Rite. He was a World War II veteran having served in the Air Corps in 1944 and 1945 where he was a flight engineer on heavy B-24 bombers. While in college and later he was in the U.S. Marine Corps where he underwent officers training at Quantico. He remained in the Marine Corps Reserves for several years. He was married to Jeanette Bond Nichols on Easter Sunday April 1, 1956. They were married for 53 years until she passed away on May 19, 2009. Surviving are his son Timothy Lee and daughter Karla, both of Lafayette, four grandchildren; Timothy James, Edward Lee, Kira and Anthony, and three great-grandchildren; Aris, Conner and Kyson. His only surviving sister is Marian Kyale of Mishawaka, IN. He is preceded in death by his wife, Jeanette and sister, Betty Hartman. In lieu of flowers persons may contribute to the Lafayette Urban Ministry, their church or to the College Fund of John Nichols by visiting ugift529.com, and enter code 81P-22E. Any and all contributions will be greatly appreciated. Visitation will be held from 10am – 11am Friday, September 27, 2019 at Congress St United Methodist Church – 2010 Congress St., Lafayette, IN 47905. Funeral service to follow at 11am with Reverend Dr. Rachel Metheny officiating. Interment to follow at Tippecanoe Memory Gardens with Military Honors. Share memories and condolences online at www.hippensteelfuneralservice.com

The family of Glen F. Hulbert created this Life Tributes page to make it easy to share your memories.