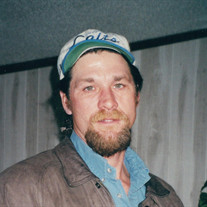 Glenn Anthony, 55, of Rossville, IN passed away Monday, January 20, 2020, unexpectedly at his home. Glenn and his twin sister Lynn were born August 2, 1964 in East Gary, IN to Bill and Kathy Anthony. The family later moved to Medaryville, IN when Glenn was an adult, he moved to Lafayette, IN and worked for Alexander’s Tree Service, as well as various other tree companies. Glenn was known as an extremely hard worker. Unfortunately, due to health issues, he was forced to retire a few years ago. He is survived by his wife Sue, his brother Billy, better known as “Bones” his wife Kim, of Medaryville, IN, and his twin sister Lynn of Lafayette, IN. As well as sister-in-law Jane Perdue, husband Robert of rural Lafayette, IN and brother-in-law Luther Dowell, wife Carol, of Remington, IN. Tom Dowell of Naples, FL, and Frank Dowell wife Jan of Attica, IN. He is also survived by son Glenn Kletz wife Kayla, of North Judson, IN, step daughter Stephanie Lebegue of Delphi, IN and stepsons, John Merkel, wife Tammy of Delphi, IN and Will Merkel of Delphi, IN. The main focus in his life was his family, his wife Sue, son Glenn, brother Bones, sister Lynn, stepdaughter Stephanie, and stepsons John and Will. He also loved camping, fishing, music and his beloved pets especially Buddy and Brutus. Most dear to him though, was his grandchildren Savannah, and baby Glenn Anthony (who turned one year old 1/18/2020) and Victoria and Emmett White. Step grandchildren, Jessica Lebegue of Battle Ground, IN, Danny Lebegue of Colburn, IN, Ashley McLachlan of Delphi, IN, Jakes Patterson of Monticello, IN, Mandy and husband Jason McKenzie of Otterbein, IN and Samantha husband Jeremy Staley of Crawfordsville, IN. He also cherished his nephew Jason Clemons, wife Lindsey of Kouts, IN, and niece Mandy, husband Brian Borchardt of Indianapolis, IN. They were raised by his parents, when his sister Debbie died. Preceding Glenn were his parents Kathy and Bill, brothers Calvin and James, sister Debbie Clemons, sister-in-law Dorothy Brummett, Barbara Fletcher and husband Tuffy, Pat Martin and husband Kenny and brother-in-law Robert Perdue. Visitation will be held from 1pm – 3pm Saturday, January 25, 2020 at Hippensteel Funeral Home. Funeral service will begin at 3pm with great nephew, Pastor Mark Perdue officiating. Glenn’s wishes were to be cremated, so there will be no burial. Memorial contributions may be directed to any animal shelter of your choice. Share memories and condolences online at www.hippensteelfuneralservice.com http://videos.lifetributes.com/1049462

Glenn Anthony, 55, of Rossville, IN passed away Monday, January 20, 2020, unexpectedly at his home. Glenn and his twin sister Lynn were born August 2, 1964 in East Gary, IN to Bill and Kathy Anthony. The family later moved to Medaryville, IN... View Obituary & Service Information

The family of Glenn Anthony created this Life Tributes page to make it easy to share your memories.

Glenn Anthony, 55, of Rossville, IN passed away Monday, January...