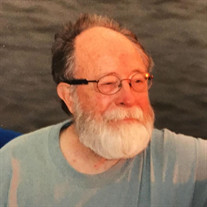 John Michael Heinz, 88, passed away Tuesday September 21, 2021 at Westminster Village in West Lafayette IN, with his family by his side. He was born January 9, 1933 in Atlanta GA to William Louis Heinz and Julia Greene Heinz, grew up in Columbia SC, and lived in Baltimore MD the past 54 years. His first marriage was to Jane Bishop Arnold on August 1, 1964 in Marblehead MA. On October 1, 1994 he married Janet Elaine Turner in Pittsburgh PA; she preceded him in death on May 15, 2017. He is also preceded in death by his parents, sister Mary Langston, brother William Heinz Jr., and nephews Heinz Langston and Charles Heinz. He is survived by son Michael Heinz (Karen Hull) and grandchildren Jonathan and Ainsley Heinz of West Lafayette; sister-in-law Carolyn Getsie (Tom) of Monroeville PA; and nieces and nephews. John obtained his bachelor’s degree in electrical engineering from University of South Carolina (1955). He obtained masters, electrical-engineering, and doctor-of-science degrees (1962) from MIT in the Research Lab of Electronics, specializing in speech communication, acoustics, mathematical modeling, and computer simulation. Following four years on MIT’s faculty, he spent two years on an NIH Fellowship at Royal Institute of Technology in Stockholm Sweden. In 1967 he moved to Baltimore, where he served on Johns Hopkins University’s faculty and worked at Kennedy Krieger Institute as a Research Scientist and Director of Communication Sciences and Disorders. John will be remembered as a kind, mild-mannered, humble, and intelligent man with a quiet but quick and witty sense of humor. He especially loved being on the water with nice breezes, where he enjoyed his passion for sailing – whether it be racing in Annapolis or Baltimore, or cruising the Chesapeake Bay. John also had a love of technology, including a passion for building ham radios. A memorial service will take place on October 9th at 2pm at First United Methodist Church of Pittsburgh. In lieu of flowers, contributions may be made to The John Fetting Fund for Breast Cancer Prevention at the Johns Hopkins School of Medicine (https://secure.jhu.edu/form/JohnFetting). An informal gathering of friends and family celebrating John’s life will be held in Baltimore at a later date. Share memories and condolences online at www.hippensteelfuneralservice.com.

John Michael Heinz, 88, passed away Tuesday September 21, 2021 at Westminster Village in West Lafayette IN, with his family by his side. He was born January 9, 1933 in Atlanta GA to William Louis Heinz and Julia Greene Heinz, grew up in Columbia... View Obituary & Service Information

The family of John Michael Heinz created this Life Tributes page to make it easy to share your memories.