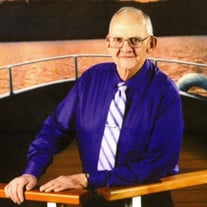 John Larry Smith, 83, passed away Friday, July 10, 2020. At IU Health in Lafayette. Larry was born October 23,1936, in Ellensburg, Washington. He was the son of the late Joseph E. “Bud” Smith and Marian (Miners) Smith. Larry moved to West Lafayette at an early age and later moved to West Point in 1950 which he called “home”. He graduated from West Point High School in 1954 and along with five classmates, enlisted in the U.S. Army. He was discharged honorably in 1957 as a SP3 and returned to Lafayette where he worked several jobs In 1960 Larry enlisted in the U.S. Navy and served until his retirement from the Navy in 1979. He attained the rank of Boatswain Mate 1st Class. During 1968 & 1969 he served in Vietnam in the U.S. Navy Mobil Riverene Forces, River Assault Division 131, as Boat Capt. of Armored Troop Carrier in direct support of the 9th Infantry Division in the Mekong Delta area. Larry was quite proud of being a member of the “Brown Water Navy” and its history of the Vietnam War. After earning an Associate Degree in Heating and Airconditioning in May of 1981, he worked in that field until he retired. Larry was a big fan of the Colts, Pacers and Purdue sports. On February 12, 1982, Larry married Helena “Bunny” L. Boles in Battleground, IN. She preceded him in death on January 25, 2014. On October 13, 2014 Larry married his true soulmate Sandy (Brugh) Smith in Las Vegas. They have spent many happy hours together traveling and especially a recent trip to Scotland and Ireland. Larry leaves behind his wife Sandy, a daughter Tammy Brinton (Companion-Doug-Hand), of Bunker Hill, IN, his stepson, James Brugh of West Lafayette, his sister, Barbara Smith (Jim) Cohee of Easley, SC, a nephew, John Katter (Tracy) of Phoenix, AZ. Also many grandchildren and great grandchildren. He was preceded in death by his parents, and nephew, Mike Katter. Visitation will be held from 5 p.m.-8 p.m., Tuesday, July 14, 2020 at Hippensteel Funeral Home 822 N 9th St., Lafayette, IN. The funeral service will follow on Wednesday, at 10 a.m. at the funeral home. Seating accommodations will be available based on the regulations for Covid-19 and social distancing will be observed. Webcasting of the service will be available on our website. Please share your memories and condolences online at www.hippensteelfuneralservice.com http://videos.lifetributes.com/1077673 Click on the link below to watch the webcast for John Larry Smith. https://webcasts.lifetributes.com/1077673

The family of John Larry Smith created this Life Tributes page to make it easy to share your memories.