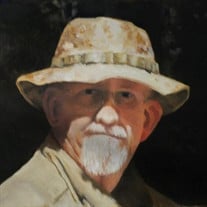 Larry Fred Robinson was born in San Gabriel, California in 1949, and died in Lafayette, Indiana on May 14, 2021 at age 71. Larry was a resident of West Lafayette since 2011. He passed peacefully after years with Alzheimer’s dementia. Larry was born to Harold Fred Robinson and Anona Jean (Stevens) Robinson. He was raised in El Monte, California, with sister Kathryn Louise Yeager (Walker) and brother Scott E. Robinson. All have preceded him in death. Larry met Mary Anne Ralph at Beale Air Force Base, California. They married in 1972. They have one daughter, Chelsea Jeane Rhees Robinson of San Francisco, both survive. Together they enjoyed life living in Alaska, California and Indiana. Larry is a 1967 graduate of Arroyo High School of El Monte California and earned a degree from Yuba College in Marysville, California. Larry spent over three decades serving the country in active duty Air Force and California Air National Guard. He spent his final military decade as a logistician at the 129th Air Rescue Group in Mountain View, CA. After retirement, Larry spent many happy years as the office manager at Newark First Presbyterian Church in Newark CA and a volunteer at Church of the Blessed Sacrament in West Lafayette. Larry was a man of deep faith. Raised an atheist, he learned about Jesus at a Billy Graham film, then spent the rest of his life seeking how best to worship and serve God. Larry’s passionate hobby was art, with his best works being oil and acrylic painting. He was an avid amateur genealogist, a member of the Mayflower society, and enjoyed camping with friends. A memorial service celebrating Larry’s life is planned for Tuesday, June 1, 10:00am at St. John’s Episcopal Church. In lieu of flowers, donations in Larry’s memory may be made to St. John’s Episcopal Church, 600 Ferry Street, Lafayette, Indiana, 47901, and designated for social outreach. Share memories and condolences online at www.hippensteelfuneralservice.com

Larry Fred Robinson was born in San Gabriel, California in 1949, and died in Lafayette, Indiana on May 14, 2021 at age 71. Larry was a resident of West Lafayette since 2011. He passed peacefully after years with Alzheimer&#8217;s dementia. Larry... View Obituary & Service Information

The family of Larry Fred Robinson created this Life Tributes page to make it easy to share your memories.

Larry Fred Robinson was born in San Gabriel, California in 1949,...