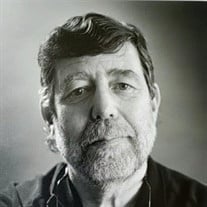 Mark Levinthal 1941-2020 Mark Levinthal passed away peacefully in his home in West Lafayette, Indiana on Friday, October 23rd, at the age of 79. Mark was born on March 3rd, 1941 in Brooklyn, New York to Bertha Nissenbaum Levinthal, a bookkeeper, and Louis Levinthal, a subway motorman. Mark was a motivated student and athlete, competing at high levels in baseball and football. He supplemented his early education by regularly visiting the New York public library, often with his grandfather Philip, an original Trotskyite. Upon graduation from Midwood High School, Mark enrolled at Brooklyn College, bypassing a minor league baseball contract, a decision which he never regretted. Maintaining a deep love for Baseball; he was a lifetime member and occasional contributor to SABR (Society for American Baseball Research), he loved his Brooklyn Dodgers and New York Mets, and he was always the first one to celebrate when the pitchers reported for Spring training. Graduating with a degree in Biology, he continued his education at Brandeis University, where he received a doctorate in Biology in 1962, publishing a PhD thesis about carbon which is still frequently cited. He married Maxine Kassiola in the same year, and they moved to Baltimore for post-doctoral work, where their son Peter was born in 1966. They subsequently moved to Washington, D.C. where their daughter Sarita was born in 1968, as Mark took a position with the National Institute of Health. During this period Mark and Maxine were active in the civil rights and anti-war movements. These efforts culminated with Mark serving as NIH Coordinator of the Moratorium, an appointment which he considered to be his highest honor. In 1973, Mark accepted a position at Purdue University and the family moved to Indiana, where he lived since. Collaborating with Maxine, they made a number of significant discoveries, including some which are being revisited today in light of the genetics of the coronavirus. Over the next 40+ years, he collaborated across the globe, including sabbaticals with renowned experts in Naples, Paris, and Hong Kong. He worked across disciplines, co-founding the Charles Darwin society, and contributing to the fields of bio-semiotics, and bio-anthropology among others. Up to his passing he continued his thoughtful research, most recently exploring the thermodynamics of life. Mark was blessed to meet Donna Osborn, who has been his amazing partner in life. They were married in 1990 and together they enjoyed travel, fine dining, and friends. They visited an eclectic array of locations, including the former Soviet bloc, France, England, Egypt, China, and most recently, New Zealand. Mark was an avid chef, who loved teaching and attending cooking classes, and then practicing these skills with his friends and family. Upon retirement in 2006, Mark undertook writing a column on bicycling for the Lafayette Journal and Courier. His warm and thoughtful missives were a popular item for a number of years. He was also active with the WRCC (Wabash River Cycle Club), leading group rides, and pushing his skills and endurance. Mark loved giving classes each semester through WALLA (Wabash Area Lifelong Learning Association), usually with his daughter Sarita’s assistance. Their diverse topics included the Plantagenets, baseball, science fiction, feline biology, and human evolution. Mark was thrilled to be selected to the WALLA Board of Directors and subsequently to be chosen as Vice President. Mark’s love for his family, work, music, sports and friends will always be remembered, as will his devotion to thoughtful investigation, high standards, hard work, continuous improvement and good fun. He was truly one-of-a-kind, and will be dearly missed. He is survived by his loving wife Donna Osborn; his daughter Sarita Levinthal of West Lafayette; his son Peter Levinthal, daughter-in-law Shana Kelly, and grand-daughter Amara Levinthal, of Washington; niece Chelsea Levinthal and husband Ian Deevy, of New York; nephew Brett Levinthal and wife Lizzy Mancini, grand-niece Cecilia, and grand-niece Andie, of New York. He was preceded in death by his parents Bertha and Louis; his wife Maxine; his brother Bruce; his sister-in-law Roslyn; and his in-laws John and Elma Osborn. Due to the coronavirus, there will no funeral, and a celebration of life will be held at a later date. In lieu of flowers or cards, please consider donating in Mark’s name to WALLA. Checks should be made out to WALLA and mailed to 732 Claremont Lane, Lafayette, IN 47905. Share memories and condolences online at www.hippensteelfuneralservice.com

Mark Levinthal 1941-2020 Mark Levinthal passed away peacefully in his home in West Lafayette, Indiana on Friday, October 23rd, at the age of 79. Mark was born on March 3rd, 1941 in Brooklyn, New York to Bertha Nissenbaum Levinthal, a bookkeeper,... View Obituary & Service Information

The family of Mark Levinthal created this Life Tributes page to make it easy to share your memories.