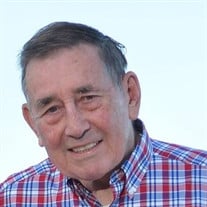 On Friday, September 20, 2019, Philip Gardner Meyers died peacefully in Lafayette, Indiana. He was 94. Phil was a proud veteran and served in the U.S. Navy during World War II. After his service, he attended Northwestern University in Evanston, Illinois, earning both his undergraduate and law degrees. He worked as a corporate attorney until he retired. For many years he was the Corporate Counsel for Consolidated Paper Company in Wisconsin Rapids, Wisconsin. Phil was infamous for his stories. Every Thanksgiving and at each family gathering, he would gain full attention from everyone in the room telling stories going all the way back to his childhood. A story about his family dog throwing up brussels sprouts was always a hit (with Phil). With regret, he would tell a story about how his dad would threaten to send him to Culver Military Academy if he didn’t stop fighting with his brother. He would tell the story with regret because he came to love Culver and wished he did attend after watching Will and Ellie attend Culver Summer Schools and Camps and Ellie attend Culver Girls Academy. He was the most generous and loving person and loved his family more than anything. Phil had a great sense of humor and a great sense of adventure. He spent a summer in high school hitchhiking across the US, eventually working as a ranch hand in Colorado. Phil was an active participant in the Curling Club of Wisconsin Rapids, Wisconsin, and the Chicago Curling Club. He was an avid tennis player and a big fan of the Chicago Cubs, Northwestern Wildcats, and the Green Bay Packers. He was a member of the Rotary Club of Wisconsin Rapids and later the Rotary Club of Chicago, Illinois. He was a member of the Circumnavigators Club and had a great love for travel. Phil is survived by his daughter Betsy (Wally) Schonitzer of Chicago, Illinois, granddaughter, Nicole Schonitzer, grandson John Meyers, granddaughter Sally Meyers, niece BZ Meyers, and numerous other nieces and nephews. He is also survived by his wife Jan Meyers, her daughter, Laurie (Scott) Banfield, and their children, Will and Ellie. Phil was preceded in death by his first wife, Constance (Grant) Meyers and son, Philip, Jr (Anne Marie). A celebration of his life will be held at the Bullseye Country Club in Wisconsin Rapids, Wisconsin, on November 24, 2019. Phil will be remembered as a loving husband, father, and grandfather. He delighted all that knew him with his sense of humor, generosity and kind spirit. He will be greatly missed. Share memories and condolences online at www.hippensteelfuneralservice.com

On Friday, September 20, 2019, Philip Gardner Meyers died peacefully in Lafayette, Indiana. He was 94. Phil was a proud veteran and served in the U.S. Navy during World War II. After his service, he attended Northwestern University in Evanston,... View Obituary & Service Information

The family of Philip Gardner Meyers created this Life Tributes page to make it easy to share your memories.