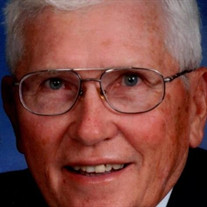 Richard Dale “Dick” Wiegand, 80, of Lafayette, passed away at his home on Saturday June 15, 2019 surrounded by his family. Dick was born September 8, 1938 in Lafayette, Indiana to the late Albert Richard and Pauline E. (Roadruck) Wiegand. He proudly served in the US Army from 1961 to 1967. His marriage of 58 years, was to Joyce A. Corns on April 8, 1961 in Lafayette. She survives. Professionally, Dick worked in the Stores Department at the Purdue Memorial Union, from 1956 to 2000, where he received the distinguished JC Smalley Award. In addition, he was a long-time member of St. Lawrence Catholic Church in Lafayette, as well as St. Finbarr Catholic Church in Naples, Florida where he and his wife spent their winters since 2000. To say Dick was an active member of his community would be an understatement. He was a member of the American Legion Post 11 since 1970, where he served on the Honor Guard since 1980. Past President and member of Buck Creek Alumni, Buck Creek Community Association, East Tipp Summer Recreation, East Tipp Jr High Booster Club and Chairman of Buck Creek Fish Fry Committee and past coach of the E.T. Summer Baseball teams, where he was elected to the ETSR Hall of Fame. Also, Dick served as Usher for Purdue Basketball from 1970 to 2000, St. Lawrence from 1967 to 2015 and St. Finbarr in Naples since 2008. Some of his hobbies included, shuffleboard, bocce ball, pickleball, softball and watching sports, especially the San Francisco Giants and Purdue teams. Dick helped organize bus trips for Purdue football games from 1988 to 2013. These trips included all BIG Schools, other universities and Hawaii by air. In addition to his wife, Dick is survived by his son, Gregory A. (Michelle) Wiegand of Lehigh Acres, Florida; grandchildren, Raven L. Wiegand of Lafayette and Iria R. Wiegand of Lehigh Acres, Florida; three sisters, Rosemary (Evan) Patrick, Dorothy (Roy) Patrick, and Beverly (Dick) Maxwell. Visitation will be Saturday, June 22, 2019 from 9:30 AM until 11:00 AM, with Mass of Christian Burial starting at 11:00 AM at St. Lawrence Catholic Church, 1916 Meharry Street, Lafayette. Rev. Fr. Eric Underwood. Rite of Interment will take place at the North Union Cemetery near Buck Creek following the Mass. Memorial contributions may be directed to the American Legion Post 11 Honor Guard or St. Lawrence Catholic Church. Please share memories and condolences at www.hippensteelfuneralservice.com

Richard Dale &#8220;Dick&#8221; Wiegand, 80, of Lafayette, passed away at his home on Saturday June 15, 2019 surrounded by his family. Dick was born September 8, 1938 in Lafayette, Indiana to the late Albert Richard and Pauline E. (Roadruck)... View Obituary & Service Information

The family of Richard "Dick" Dale Wiegand created this Life Tributes page to make it easy to share your memories.

Richard Dale “Dick” Wiegand, 80, of Lafayette, passed away at...