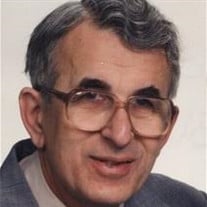 Roberto Colella was born in Milan, Italy in 1935. He married Adele Gervasoni in 1960 (who preceded him in death 2017), and has three children: Chiara (Sequim, WA), Lucia wife of Bob Yantosca (Boston, MA) and Emmanuele (Italy). He moved his family to the United States joining the faculty of the Physics Department at Purdue University in 1971. He retired as Full Professor in 2007. During his tenure at Purdue, he was a visiting scientist at the Italian universities of Genoa, Rome, Trent, Trieste, and the Frascati National Laboratories. He was also a visiting professor at the University of Paris, and a consulting scientist at the European Synchrotron Radiation Facility in Grenoble, as well as a visiting scientist at the Argonne National Laboratory, the Cornell High Energy Synchrotron Source, and the National Laboratory for High Energy Physics in Tsukuba, Japan. Colella received many honors for his work including Chairmanship of the First Gordon Conference on X-Ray Physics, and the McCoy Award, the most prestigious research award bestowed by Purdue University. He will be best known for his world famous work with Overhauser, Werner, Eagen, and Staudenmann on Neutron Dynamical Diffraction, a work that is always mentioned in journals textbooks on Quantum Mechanics and Optics. Later in his career, Colella received multi-year fellowships from the Templeton Foundation for lecture series at Purdue on Science and Religion whereby he brought to campus world famous scientists and theologians. He was a member of St. Thomas Aquinas Church and the Focolare Movement. Colella was a devoted husband and father who will be missed by family, friends, and colleagues around the world. Services will be held on Thursday, April 5, 2018 at 10:00am with visitation one hour prior at Saint Thomas Aquinas Catholic Church, 535 West State Street, West Lafayette, IN. The family requests that those wishing to make donations do so to Sophia University Institute (Italy) in his honor. Checks should be made out to “Purdue University” with “Claritas Gift Account” after the “memo” on the check. Checks or cash donations can be brought to the Church, or checks can be mailed to Purdue Foundation Dauch Alumni Center, 403 West Wood Street, West Lafayette, IN 47907-2007. Please share memories and condolences online at www.hippensteelfuneralservice.com

Roberto Colella was born in Milan, Italy in 1935. He married Adele Gervasoni in 1960 (who preceded him in death 2017), and has three children: Chiara (Sequim, WA), Lucia wife of Bob Yantosca (Boston, MA) and Emmanuele (Italy). He moved his... View Obituary & Service Information

The family of Roberto Colella PhD created this Life Tributes page to make it easy to share your memories.