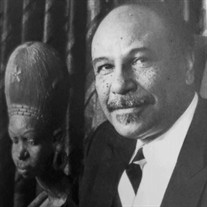 Tony Zamora (1930-2020) Widely described as a friend, a mentor, a legend and an icon, Tony Zamora passed away from cardiac arrest on the morning of Thursday, July 2, at Mulberry Health Center. He was 90 years old. For the last 14 years of his... View Obituary & Service Information

The family of Tony Zamora created this Life Tributes page to make it easy to share your memories.